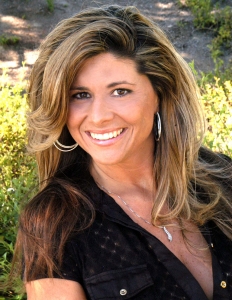 Maria Whalen is the world’s leading authority on invincible wellness™. Pioneer, Innovator, Inventor and Warrior – all describe her. She fights for personal health freedom, sustainability and independence in all things – offering autonomy for your health, finances, business and lifestyle. Maria invented the revolutionary Invincible Wellness™ System that gives each of us the power to handle almost anything – right now – when it comes to our health.

“I believe anything the body creates, the body can heal,” says Maria Whalen. “You are the world’s foremost expert on YOU. The mind and body is a genius ecosystem of many systems that must work together for optimal health. Just like an auto mechanic is an expert on all the interconnected systems of a car’s engine and needs a way to manage it; you need a system for the health of your own body and mind. You must have a system where you’re the expert, your own health mechanic, your own doctor.”

Ms. Whalen’s Invincible Wellness™ System counteracts, disrupts and dismantles the outdated and obsolete approach of both western and alternative systems of healthcare and treatment. She works with entrepreneurs; leaders and titans of the business world; doctors; lawyers; and people just like you, to make you totally independent of the broken “sick care system.”

Nothing like Invincible Wellness™ System has ever been done before. It’s a whole new way of thinking and taking action. It’s a new paradigm in human health for the 21st century. Each of us can heal almost anything by ourselves, with tools and education readily available in her program. Anyone can use her groundbreaking innovations to produce unparalleled vitality and health, regardless of their current condition. It’s not ONLY about “fixing” you or curing an ailment or disease; it’s about never being sick again and thriving so you can live the life you deserve with total health freedom.

As a child and young adult, Maria suffered from numerous “incurable” illnesses including 3 autoimmune diseases; lupus among them. Western doctors couldn’t cure her. Alternative health practitioners offered no permanent solutions. It got so bad, Maria slipped into comas every few weeks. The absolute worst was when a doctor told her she would never be able to bear children – the single most important dream of her life.

Her life of vitality and health began when she was in the depths of depression brought on by her inability to find help. Maria claimed her “moment” and chose to no longer be dependent on traditional medicine, alternative treatments or others definitions of what it meant to be well. For years, she researched and studied every available option; even attended the only pre-med program that includes western and alternative medicines in tandem. Surprisingly, her own professors sought her advice for their own ailments.

“We must gain control of our mental and emotional systems; our DNA; our physical structure; immune system; and our hormones to create true health independence. When we do that, each of us can prevent getting sick in the future and manage and administer our own solutions, independent of unnatural pharmaceutical medicines, specific practitioners or treatment modalities.”

You need to become independent of a world of sickness and diagnosis. What “worked” in the past is no longer relevant. The world has changed. You must liberate yourself from the antiquated ideas of what it means to heal, thrive and be healthy. You must be in charge of our own health and ultimately your life.

Maria is featured in the upcoming feature film, “The Shift,” to be released in late 2015. She’s spoken on the biggest stages across the world in the fields of personal development, business, finance and health. Maria’s shared the stage or worked with Deepak Chopra, Jack Canfield, Loral Langemeier, Les Brown, David Wolfe, Lisa Nichols, Kyle Cease, Dana Ullman, Kevin Harrington, Glenn Morshower, Donna Gates, Mike Koenigs, Eben Pagan and even Queen Elizabeth’s doctor, Dr. Peter Fisher, to name a few. They have enthusiastically brought forth her message to their audiences. Jim Proser, executive producer of The Wellness Revolution, the longest running wellness interview series on the Internet, calls Maria Whalen the “Poster Child for True Health Freedom.”

Maria is a resident expert on WAKEUPTV.COM on the Pop Network, and hosts her own half hour, Oprah-style show immediately following WAKEUPTV. The two shows are broadcast on Saturday mornings around the nation.

When Maria isn’t traveling the world helping people become healthier, she resides in southern California with her 10-year-old daughter (her child that doctors said she would never be able to have). Maria has been disease and illness free for well-over two decades. Her daughter doesn’t even know what sickness means.